Dark Devotion is an Action-Adventure Side-Scrolling RPG from Hibernian Workshop and The Arcade Crew. You explore the secrets of ‘a fallen temple’ where you play the part of a Templar whose faith is put to the test. The game is based around a combat system which is initially quite simple, but as you progress becomes far more rhythmic and skill-based. In this system, even the slightest mistiming can lead to your death.

Your devotion and bravery are put to the test when you face off against a formidable cohort of foes. The game received a sizeable Kickstarter backing and is sure to appeal hugely to fans of challenging RPG titles. The issues come with the lighting, UI and certain frustrating mechanics take away from the experience. At times, I was left feeling frustrated at what could have been.

In true RPG spirit, along your quest, you can ascertain an array of weapons, armor, and relics that will upgrade your character. The strict inventory system ensures that you are forced to adapt and maximise each item full potential. Every chest you open, every item that’s found, every character that you interact with unravels more and more of the story, and as a game system. At times, it is near flawless in ensuring that the story progresses at a steady pace. However, perhaps one of the larger issues with the game is that its story is far from compelling at times.

The game opens with a rather lengthy cinematic explaining your place in a grand and interesting world. Once the gameplay begins, you are placed in a gloomy dungeon, which is perhaps a poor starting point. The confusing UI mixed with overly-pixelated fonts meant that I really found it hard to understand where our character fits into the world. 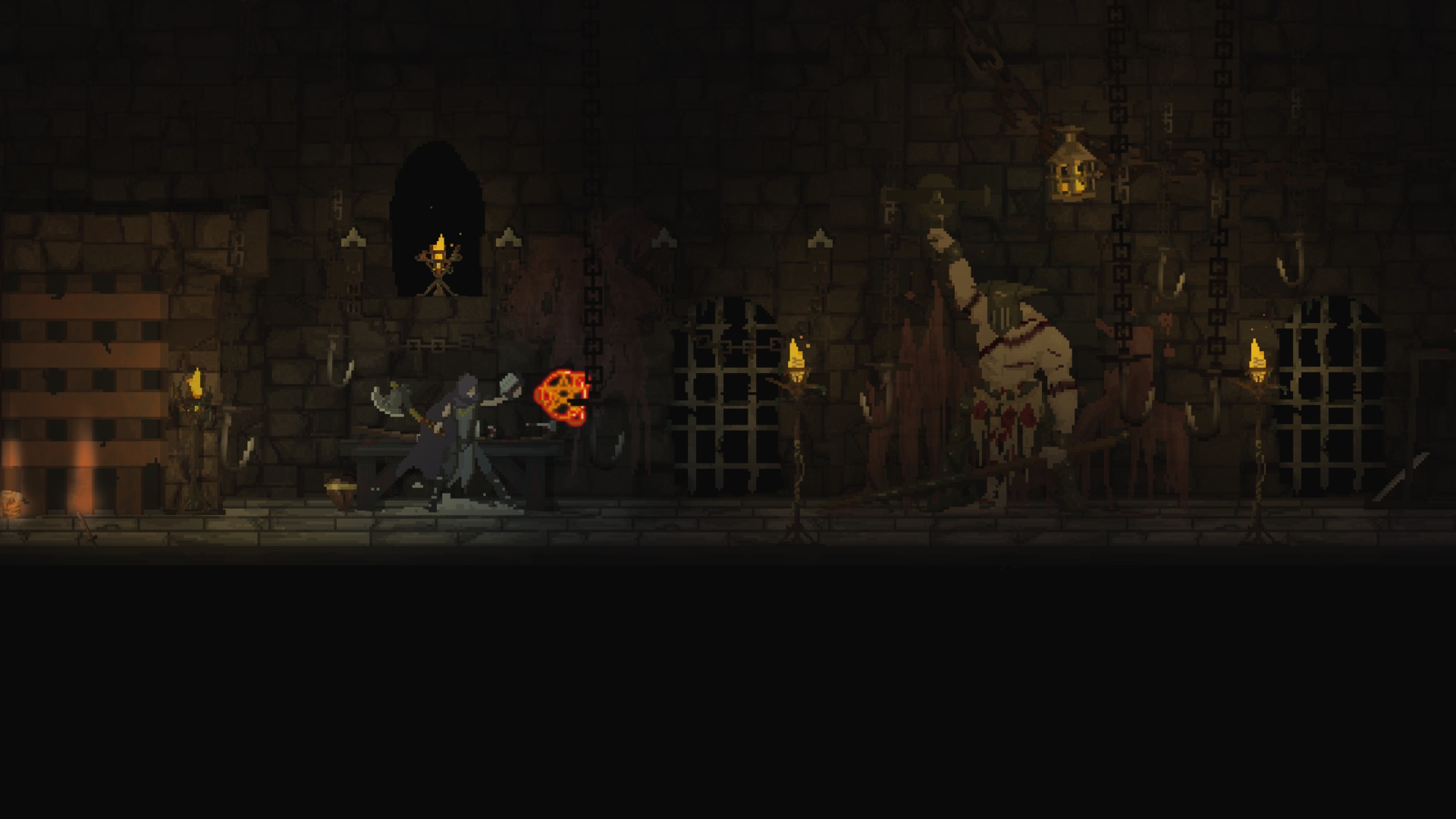 The Meat and Bones

Once I began to understand my character’s place in the world, I started to enjoy myself a little more. As with most RPGs, the game encourages you to push forward and explore. Often, however,  it does not allow you to explore the map fully due to the fact that there is no turning back.

This is one of my biggest bugbears with the game. As someone who enjoys RPGs, I always feel the need to explore an area to its full potential. This is something which is not always achievable in Dark Devotion. It must be said, however, that this ensures the game’s replayability is there for those who do get hooked. There seems to be endless new caverns and tunnels to explore, and I’m sure that those who are hooked will remain so.

One final area which continuously frustrated me was the games’ stamina mechanic. At various points through the game, I would perform dodges, strong hits and duck and rolls to put myself in the position for a final killer blow. This was to be thwarted by my character’s stamina running out and I was left at the mercy of my enemy. Surprisingly, this did not occur in boss battles, but instead, I found it more prevalent when fighting a cluster of lesser enemies.

The stamina bar is placed off centre and is unlikely to catch your eye mid-fight, and I often would find myself at a loss. Mid-fight my character had suddenly become immobilized waiting to be struck down mercilessly. Obviously, I can understand that the simple retort to this would be to ‘get better at the game’. Nonetheless, I found it to be unnecessarily finicky and infuriating leading me to stop playing on more than one occasion.

Overall, Dark Devotion to me is not a game that grabbed me, but I can see why it would others. As a PC title, it must be said that Dark Devotion shows potential, but at times proves frustrating. I was left what it may have been, rather than what it is.

On a smaller screen such as the Nintendo Switch, the game could be hugely enjoyable. For PC players, the experience is, at times, one of perseverance rather than enjoyment.  Dark Devotion is out now on Steam and is to be available on PS4 and Nintendo Switch soon.